The 2021 edition of the ASME boiler and pressure vessel code contains a new article on Pulsed Eddy Current (PEC) testing for corrosion screening, captured as Section V, Article 21. This marks an important milestone in the growth to maturity of pulsed eddy current examination and will be important to gain wider acceptance of the technology with users of pressure equipment. It also shows the increased recognition of the technology. The 2021 edition became available for purchase on July 26, 2021. This article highlights how pulsed eddy current was adopted in the standards and the benefits of the technology for inspecting boilers and pressure vessels.

The new article was designed to support other codes and standards, such as API RP 583 for Corrosion Under Insulation (CUI) and Fireproofing (CUF), which describes the inspection issue clearly, but does not describe the processes of the examination itself. The article gives guidance on the topics of personnel training, equipment selection, making proper reference measurements, and evaluating whether data collected is of sufficient quality for a highly effective inspection. 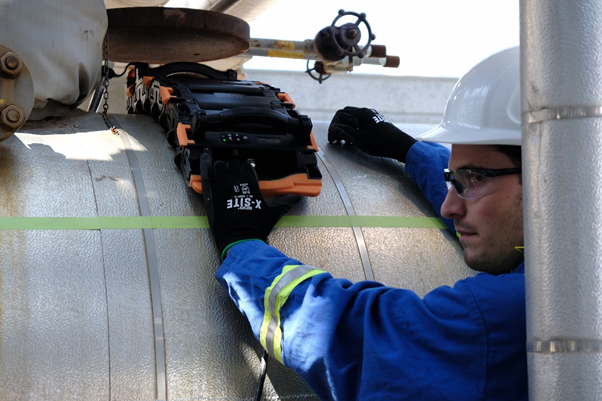 Eddyfi Technologies suggested that ASME write the new article and provided the chairman of the project team. It was very uncommon that, at the request of ASME and other vendors, Eddyfi Technologies also supplied the vice-chair. The reason for that was, that over the years our employees involved in the ASME V work had gained a reputation for excellent work, while maintaining an open and unbiased attitude.

The article was developed in a project team of ASME which contained all reputable vendors in PEC equipment as well as service providers, end users, and other parties involved in pressure equipment inspection. In the balloting process, the article received praise for comprehensiveness and clarity. 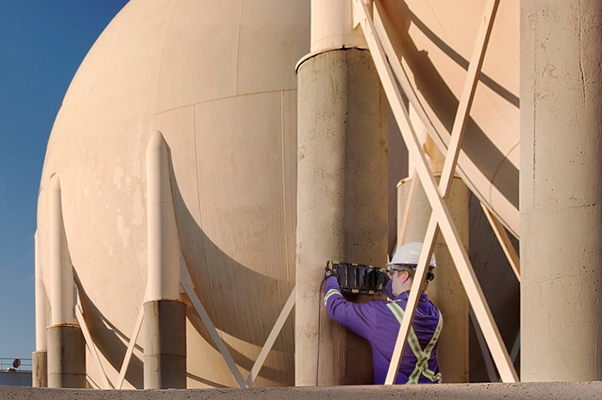 One of the important issues is to determine whether PEC is a suitable inspection technique, given the many different things that affect the examination. In the case of screening for corrosion under insulation this includes properties of the material that are different from object to object, making the use of reference pieces problematic. Other properties are the thickness of insulation, sheathing material, wall thickness, and presence of objects in the insulation. The article therefore introduces a process called the Technical Feasibility Evaluation, which is used to established if PEC examination is suitable. Since this is a new process, Eddyfi Technologies will support the users of Lyft® equipment in performing it in accordance with the code. A white paper on performing the Technical Feasibility Assessment is forthcoming.

The information presented will also help to improve the communication between the end user and the service provider, since it is clearly stated what information is needed prior to examination and how results should be reported. For example, it is helpful that it is specified that drawings or isometrics should be supplied for the object being examined to make a reliable scan plan for the examination. 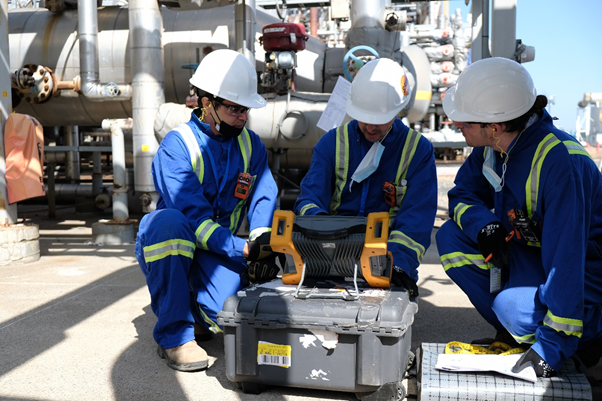 Bringing the different PEC vendors together was a feat, as competition in this field is fierce. The history of PEC technology involved pitched battles in court over the infringement of patents, and it took some diplomacy to get everyone to talk and exchange openly. Since Lyft equipment is the most novel of the equipment on the market and operates with a different A-scan display compared to competitors, some accusation had been made over performance metrics of the equipment. One of the big advantages of the new article for the market is that these performance metrics have now been agreed on between the different vendors, and it is now clear what the relative performance is. It should not be surprising that the performance of Eddyfi Technologies equipment is best in class.

One of the key properties of a PEC system is the footprint. This is now defined in ASME V as the “area affected by the magnetic field emanating from the probe”. The footprint determines the area over which PEC readings are averaged and has a strong relationship with the size of defect which can be detected confidently. The new article contains a process for measuring and verifying the footprint. Previously, different vendors used different definitions and a standardized measurement process did not exist.

Another important contribution is that the article contains descriptions of the more common applications of pulsed eddy current examination. These are not just descriptions of what can be done. The combined experience of the issues that are encountered when applying PEC for these applications is described including the pitfalls, ways to avoid them, and ways to overcome them. The applications described are screening for corrosion under insulation, corrosion under fireproofing, and examination underwater and in splash zones.

Concluding, the publication of the 2021 edition of the ASME boiler and pressure vessel code is a milestone for pulsed eddy current technology. Eddyfi Technologies is encouraged that with clear guidance of the use of the technology now available, and unambiguous performance characteristics having been established, pulsed eddy current testing will reach new heights. We invite you to contact our experts to discuss the applicability of PEC in your next inspection campaign.