We’ve already discussed carbon steel and how important it is to modern industrial life. We’ve also explained just what defects weaken carbon steel and why it’s important to look for and monitor them. But just how is it possible to do this?

We’ve already hinted that there are several standards governing the inspection of carbon steel assets, structures, and equipment published by ASTM International, the American Society of Mechanical Engineers (ASME), and the International Standards Organization (ISO), among others. These standards establish the following methods as adequate for the inspection of surface-breaking defects, according to specific guidelines:

MPI’s working principle is to magnetize (directly or indirectly) the part under test and then applying a wet suspension or dry ferrous particles on it (typically iron oxide). The presence of a surface or subsurface discontinuity in the part under test allows the magnetic flux to leak because air does not support as much magnetic field per unit volume as metal. If a flux leakage area is present, the ferrous particles are attracted to it and they build up forming an indication. 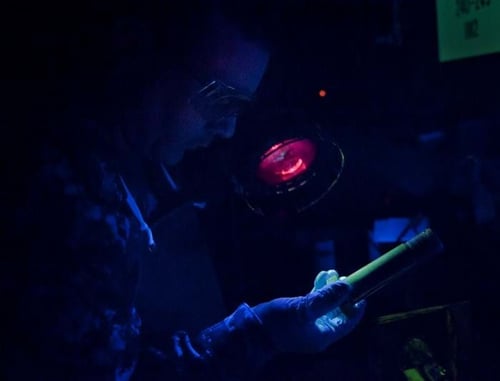 Some of the advantages of the magnetic particle testing are:

Some of the disadvantages of MT are:

DPI uses capillary action where a low-surface-tension fluid penetrates into clean and dry surface-breaking flaws. Penetrant may be applied to the test component by dipping, spraying, or brushing. After adequate penetration time has been allowed, the excess penetrant is removed and a developer is applied to draw penetrant from flaws, making indications visible.

Some of the advantages of LPI are:

Some of the disadvantages of LPI are:

ECT is a non-destructive testing (NDT) technique used to detect surface and subsurface defects through electromagnetic induction. In its simplest form, a coiled copper wire is excited with an alternating electrical current to produce a magnetic field around itself. When the coil approaches a conductive material, currents opposed to the ones in the coil are induced in the material — eddy currents.

A defect in the conductive material disturbs the path of eddy currents, creating a local magnetic field that changes the balance of the system, which can be quantified by measuring the impedance variations in the coil.

Some of the advantages of eddy current testing are:

Some of the disadvantages of ECT are:

Eddy current array (ECA) is supercharged ECT. ECA is a series of single elements arranged in a single probe to cover a larger area in a single pass than conventional, single-coil probes (i.e., pencil and weld probes using ECT). The coils are multiplexed — activated and deactivated in specific sequences to minimize the interference between coils in close proximity (mutual inductance) and maximize the resolution of the probe. ECA probes effectively eliminate raster scanning (necessary when using ECT pencil probes), which has a significant impact on inspection speeds.

Tangential eddy current array (TECA™) is a blend of multiplexed tangential coils and pancake coils, specifically designed to detect surface-breaking cracks in carbon steel welds. The TECA coil arrangement and operating mode yield unique eddy current signals from surface-breaking cracks in carbon steel, enabling the sizing of their depth. Transmitters induce eddy currents that flow perpendicular to the direction of scans. When the eddy currents encounter longitudinal cracking, they flow around it by diving underneath or moving around the extremities. 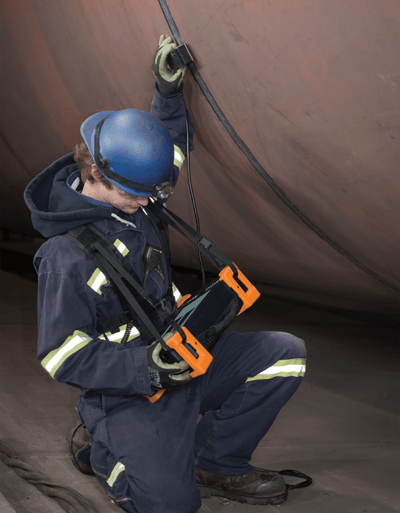 When it comes to using NDT inspection methods on carbon steel surfaces, performances depend greatly on specific conditions—typically the material and type of defects, but also surface conditions, cleanliness, etc. Under most conditions, however, the following are true.

We cannot stress enough that no one inspection method is infallible—they must often be combined for optimal and thorough results. Choosing the right technique to inspect carbon steel surfaces therefore often requires using more than one—if only for cross-validation and make up for the shortcomings of the others. 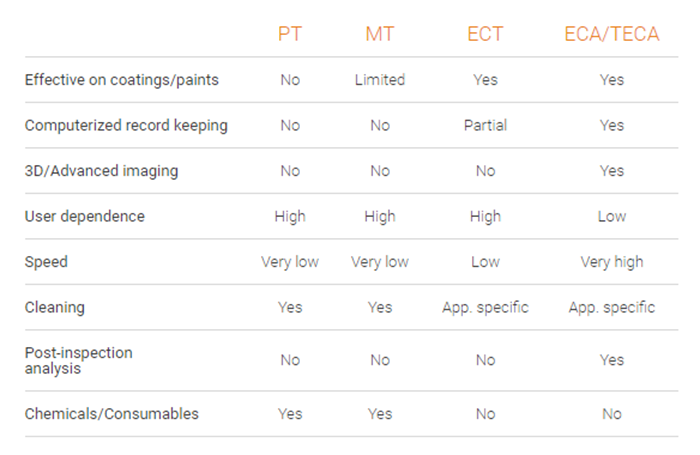 There are a lot of factors to consider when it comes to choosing the right inspection technique for defecting surface defects in carbon steel as every NDT method has its own benefits and drawbacks. We encourage you to discuss your specific requirements with us to make the most informed choice and stay Beyond Current.