Defying the Odds of Defects Undetected with DefHi® 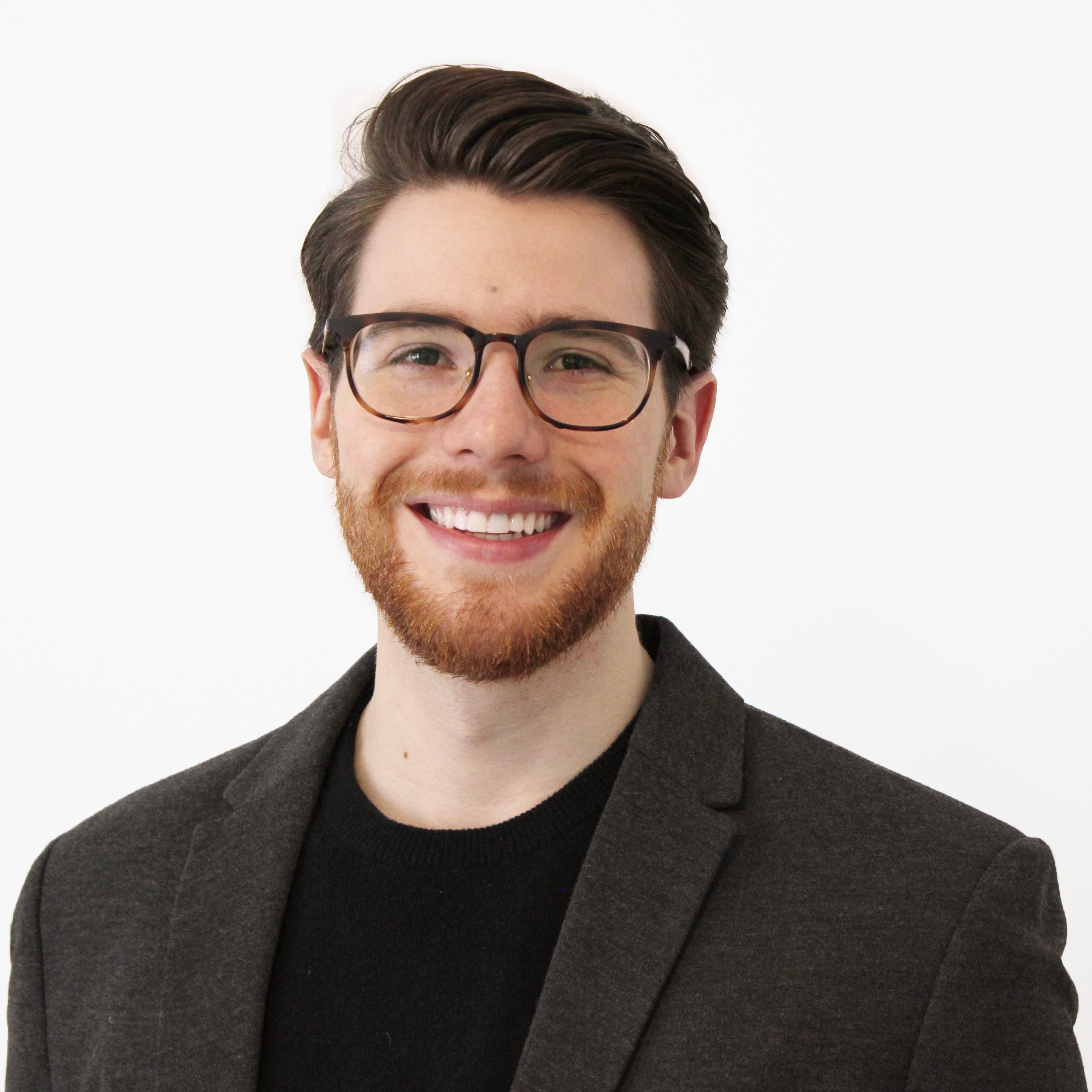 Choosing between a bobbin and an Eddy Current Array (ECA) probe is a common question answered by assessing what kind of defect we aim to detect. Most of the time, circumferential crack detection happens to be the decisive factor as these defects are more easily detected using an ECA probe. However, a recent inspection showcased how ECA does not stop at circumferential crack detection; the technique also provided better axial crack Probability of Detection (PoD) than a standard bobbin probe.

There are multiple factors to consider when explaining this difference in performance. Namely, the ECA technique’s better resolution and PoD enable better mapping of the tubes’ defects, a more uniform signal response thanks to the probe’s centering, and better characterization of the planar and volumetric indications.

This assessment was conducted on a single aluminum finned cooler made of non-ferrous material (SS 304L) featuring 25-millimeter (1-inch) outer diameter (OD) and 1.65-millimeter (0.065-inch) wall thickness (WT) tubes. All 110 tubes contained in this exchanger were inspected. As a first step, conventional ECT was performed which detected 11 tubes having indications. The plant inspectors were not satisfied with this result, knowing there were numerous tubes still leaking but not detected by the conventional ECT technique. Hence ECA inspection was performed using DefHi-ERBCA —a high-definition, multiplexed ECA probe— which was able to detect 33 tubes with axial cracking. This increase in detection emphasizes the better PoD of ECA over ECT and a better capability to characterize a defect if it is volumetric (pitting/corrosion) or planar (crack). A second NDT technique, Penetrant Testing (PT), was used to ascertain the results which were consistent with the DefHi.

An important difference between the bobbin and array inspection results is their resolution. As seen in the figure below, the array signal information allows inspectors to distinguish two side-by-side cracks where the ECT bobbin information does not.

This contrast arises from different orientations and sizes of the ECT and ECA coils. Indeed, the ECT bobbin probe coil is sensitive over the whole circumference of the tube whereas the ECA pancake coil is only sensitive in its vicinity. Being sensitive to eddy current variations over 360 degrees, the bobbin coil yields a signal signature that combines the side-by-side cracks. Thus, the superposed signals can be misleading as they will not yield accurate sizing of the two neighboring cracks. For instance, albeit more critical, a deep crack next to a less severe pit may be overlooked because its depth would be undervalued. Simply put, this means that the ECA’s better circumferential resolution also has an influence on the PoD and provides more accurate mapping of tube defects.

In this inspection, the ECA probe also provided an easy visual tool, C-Scan, which allowed better characterization of the defects. This is relevant for two main reasons. First, a higher Signal-to-Noise Ratio (SNR) was attained for the array signals. This was obtained from comparing the bobbin and pancake signal responses for a given flaw using typical analysis frequencies. Not only does this higher SNR mean that the flaw’s signal is less likely to go unnoticed, but it also benefits from the contrasting imaging method provided by color mapping in the C-Scan. As an example, the below image demonstrates the better contrast of the C-Scan image. This is a great case where we can see an obvious indication on the C-Scan, whereas it is not as obvious on the strip chart.

Second, the ECA probe makes it easier to define whether the indication is volumetric or planar by the combined use of its bobbin and array channels. This information is very valuable as it impacts the service life of the heat exchanger. The below pictures showcase two examples where the defects were characterized as axial cracks. The bobbin signal itself did not provide this information, and we can clearly see the indication on the axial C-Scan. The size of these defects revealed that they were ID, corresponding with PT results. 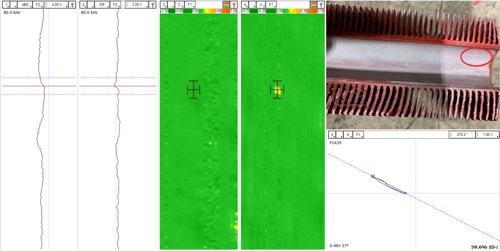 Further comparisons between the DefHi-ERBCA and PT results revealed subsurface cracks which were undetected when first using PT. This statement was verified through destructive testing and the following picture shows a subsurface crack confirmed by metallography. 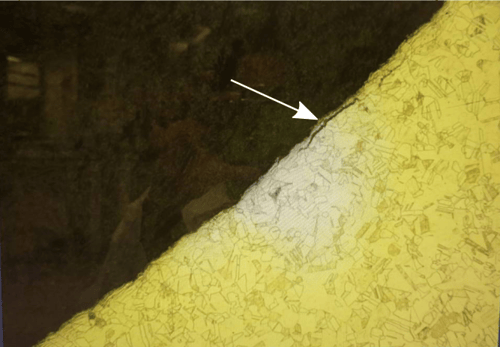 The DefHi-ERBCA probe inspection clearly provided a better assessment of the heat exchanger’s condition than the traditional ECT bobbin probe thanks to its increased PoD, centering, and better characterization of the detected indications. This valuable information allowed a threefold increase of identification of tubes featuring defects in this inspection. More accurate data results of this heat exchanger enabled more reliable decision making for its service life.

You need to be confident in the data used to determine the remaining useful life of the assets your business depends on. Contact our NDT experts for more information on the DefHi probe and the rest of our advanced solutions and stay Beyond Current.